There are reports that Manchester City might make a move for Chelsea and Spain midfielder Cesc Fabregas.

The midfielder has already played under Pep Guardiola at Barcelona and might be interested in meeting with his former manager again.

Manchester City who has failed to win a game for 5 matches now are looking for players that can strengthen the team. It is believed that Pep Guardiola wants to sign Cesc Fabregas who seems to be unsettled at Chelsea.  The player has failed to adapt to Antonio Conte system and seemed to be only a fringe player for the Chelsea team.

Cesc Fabregas will feel that moving to Manchester City can provide him with more playing time and give him a career boost.

END_OF_DOCUMENT_TOKEN_TO_BE_REPLACED

Manager Julen Lopetegui released his first invitation to players this week as Spain is trying to restore itself as the best after their 2014 World Cup and Euro 2016 stumble.

Spain were a real dominant force with their talented player and unique style of play from 2008-2012. They won the 2010 World Cup, and Euro 2008 and 2012. Lopetegui has been handed a critical task of returning the country to winning ways. Hence, the start is to get the best players to feature in games. He decided to leave out Spain’s most capped player in Casillas. Casillas has 167 caps for Spain, while Fabregas has featured 110 times for his country.

Spain is set to play against Belgium and Liechtenstein during the international window in a bid to get a ticket to Moscow. Chelsea striker Diego Costa and Manchester United’s Juan Mata got a recall to the national team after being left out of the Euro 2016 squad. David de Gea is set to appear in goal, as he did during the tournament in Brazil. Adrian of West Ham and Pepe Reina of Napoli are the spare goalkeepers.
Regulars Sergio Ramos, Dani Carvajal, Gerard Pique, and Jordi Alba got a call to the team, with Borussia Dortmund’s Marc Bartra, Chelsea’s Cesar Azpilicueta and Javi Martinez completing the list of defenders.
END_OF_DOCUMENT_TOKEN_TO_BE_REPLACED

END_OF_DOCUMENT_TOKEN_TO_BE_REPLACED

Spain international and Chelsea play maker Cesc Fabregas has returned to training after ending his holiday.

Chelsea have a huge task ahead this season, especially with the efforts made by their core rivals in strengthening their squads. Fabregas was reported to have gone to Baleric island Formentera, near Ibiza with his woman Daniella Semaan this week, barely a week before their first fixture in the English Premier League. However, the player has now returned to serious training as Chelsea prepare for their first fixture in the new season this weekend.

There will be changes as new boss Antonio Conte brought in N’Golo Kante from Leicester City and Micht Batshuayi, after his decent show at the Euro 2016. This means increased competition for first team and regular action in the middle for the former Arsenal and Barcelona player. END_OF_DOCUMENT_TOKEN_TO_BE_REPLACED

END_OF_DOCUMENT_TOKEN_TO_BE_REPLACED

Chelsea FC incoming coach Antonio Conte is set to resume at the club finally after his national team assignment with Italy ended with a loss to the reigning World Cup Champions, Germany, in the quarter final of the ongoing Euro 2016 in France. The talented coach, who led Italian giant Juventus to three successive Serie …

END_OF_DOCUMENT_TOKEN_TO_BE_REPLACED

Former Chelsea and Spurs defender Graham Roberts condemned the comments of Chelsea players, Eden Hazard and Cesc Fabregas for their open comments on who they prefer to lift the English Premier League this season.

He described the comments about wanting Leicester City to win the EPL title over Tottenham Hotspurs as “ridiculous” and unprofessional. 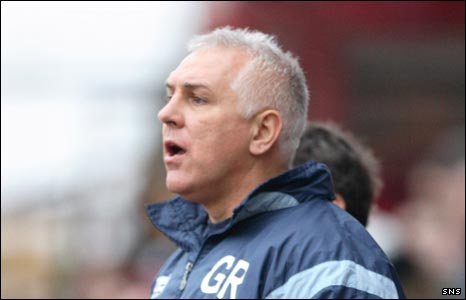 Chelsea face Tottenham at Stamford Bridge on Monday before hosting Leicester on the final day of the season, meaning that last season’s Premier League title winners could yet have a big say on the destination of the trophy this time around.

Eden Hazard after the 4-1 victory over Bournemouth last weekend said that “the fans, the club and the players” want to see Leicester edge out Tottenham in the title race. On the other hand, Spanish midfielder Cesc Fabregas had earlier revealed that he too would be rooting against Spurs most likely due to his links to the emirates where he played for years.

The comments angered many as it led to suggestions that Chelsea might deliberately lose to Leicester in order to deny Tottenham the title and undermine the integrity of the Premier League and the Chelsea coach had to come out to deny the suggestions.

“You can think it but you don’t need to say it. END_OF_DOCUMENT_TOKEN_TO_BE_REPLACED

END_OF_DOCUMENT_TOKEN_TO_BE_REPLACED

With the current Chelsea captain, John Terry likely to end his career or leave Chelsea, there will be the need for the manager to appoint a new captain. The name is consistently being heard is Cesc Fabregas.

Cesc Fabregas is no stranger to the captain role after having lead Arsenal during his time at the Emirates. However, his past association with the Gunners can cause some of the fans not to agree with him being the captain. In fairness, it will all depend on the new manager and also on the players that might be coming in during the transfer period.

But among the current Chelsea players, there are very few that have shown some kind of leadership qualities, and it is only Cesc Fabregas that appears to be head and shoulders above the rest. The form of the Spaniard has also significantly improved during the second part of the season and will definitely be the perfect candidate to a role as the Chelsea captain.

Alternatively, it might be the Serbian BranislavIvanovic that could take over from John Terry. Indeed, he is currently the vice-captain, but it will all depend on whether he will still be in the team next season with rumors suggesting that there might be new defenders coming on the team. END_OF_DOCUMENT_TOKEN_TO_BE_REPLACED

END_OF_DOCUMENT_TOKEN_TO_BE_REPLACED

For a fee of around €33 million, Chelsea secured the services of CescFabregas as the Spanish midfielder completed his move from Arsenal to Stamford Bridge. The initial few weeks and even months of Fabregas as a player of Chelsea saw him performing at a world class level.

Fabregas spent the first half of the season of 2014-15 playing superbly and he was easily one of the best players of the entire Premier League. During the first 6 months of Fabregas in Stamford Bridge, he provided his teammates with 16 assists and made the midfield of Chelsea click with fluent and pinpoint passes which helped the Premier League club in scoring goals on a consistent basis.

When the 2nd half of the Premier League season kicked off, Fabregas and the entire squad of Jose Mourinho suffered a huge set-back and took a huge drop of form. Starting from 2015 the Spanish midfielder has had less of an impact and this is clearly evident by his statistic as Fabregas was only capable of providing 7 assists and only 1 goal in this year.

The fans of Chelsea have gone from praising and supporting CescFabregas in his first season for Chelsea to booing him in the 2nd half of the season and wanting to see him being dropped to the sidelines. Fabregas currently has a love-hate relationship with the fanbase of the Premier League club.

It’s rumored that Fabregas has entered the radar of Juventus and Inter Milan as well as a few other clubs around the world but since the arrival of GuusHiddink, the Dutch coach has managed to spark life back to Fabregas and Chelsea who are slowly going through a rise in form and steadily been collecting points in the Premier League club. END_OF_DOCUMENT_TOKEN_TO_BE_REPLACED

END_OF_DOCUMENT_TOKEN_TO_BE_REPLACED

The trio were absolutely irresistible in the second half of last season and this led to Barcelona winning the three major trophies on offer. More extravaganza is expected from the Barcelona forward lineup when they go up against Chelsea in a pre-season friendly match. After all, they come into the game as the European champions whereas their opponents have just been crowned as the Premier league winners.

During his time at the Camp Nou, Fabregas played as the false number nine on a few occasions. Now, the team has been more intent on creating lots of chances primarily through the fixed front three. Neymar plays on the left whereas Messi has been moved back to the right-wing. This allows Luis Suarez complete freedom in the centre of the park. However, all players have been scoring on a regular basis while also assisting others without any hint of selfishness. Fabregas says that he is extremely happy to see such a vibrant attack for Barcelona. He reckons that it will take a lot from Chelsea to overcome their opponents. END_OF_DOCUMENT_TOKEN_TO_BE_REPLACED

END_OF_DOCUMENT_TOKEN_TO_BE_REPLACED

It’s not often that you get to hear the Chelsea boss Jose Mourinho speaking something positive about Arsene Wenger, but, yesterday was one of those rare days.

Mourinho said Wenger is fantastic as far as the managerial skills are concerned and his boys would make Chelsea’s title defence pretty tough in the 2015-16 Season.

Mourinho’s relationship with Wenger has never been good, but, the previous season, it soured to the maximum and the two had almost gone to the distance of getting physical with each other during a game.

Mourinho had also taken a dig at the fact that Wenger had constantly been there holding his post at Arsenal despite not being able to win them as many trophies as he should.

Mourinho had said at that time that he would never hold onto his post for that long without providing returns to the club.

In Mourinho’s words, “He must have had some sort of specialization in failing. He just keeps failing. I am telling you I would never stay there if I don’t produce the results. Eight Seasons, it’s a long, long time you know.” END_OF_DOCUMENT_TOKEN_TO_BE_REPLACED